A Nottinghamshire man sustained a serious leg injury following a collision with a car. At the time the claimant was running on a country road on a poorly made up pavement which was barely distinguishable from the road itself.

ASD assisted Mr. A of Nottingham, who suffered a very serious leg injury when he was struck by a car and left effectively paralysed in the dark in the middle of the road. The driver of the car concerned failed to stop. 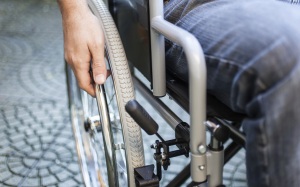 Mr A’s injuries took some 2 years to settle following the accident, after the client underwent 5 surgical procedures and had a metal cage attached to the bone of his leg for around 7 months.

The claim was settled some 3 years post accident for a figure of just short of £100,000. Richard Long, Solicitor, acted for Mr. A., he said, “The Client was fortunate to survive the initial impact and then further very fortunate not to have been hit by an oncoming car as he lay helpless in the road. The police showed little or no interest in pursuing the hit and run driver.”

Various medical reports were obtained from Orthopaedic Surgeons and a Psychiatrist and the matter was settled by the Motor Insurers’ Bureau in March 2015.

Given the circumstances of the accident and the potential for liability to be contested, many firms of solicitors would not have taken on Mr. A as a client on the basis of a ‘no win no fee’ arrangement as occurred in this case. At ASD, we could see that the client had a valid case and clearly deserved to be compensated for his injuries.

*image is for illustrative purposes only