ASD represented a food operative in a claim against his employer following a slip on floor mounted scales. Our Client sustained a nasty injury to his ankle. His employer’s insurers denied liability throughout and we were forced to take the matter to trial. 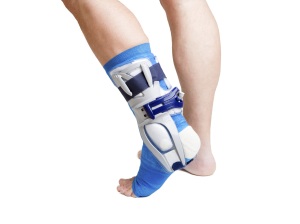 Having listened to evidence from both sides, the District Judge agreed with our client and found that his employers had been negligent in allowing the travel route to become blocked forcing him to step on damp scales, which would clearly be hazardous.

Chris Chappell representing said “From my very first meeting with our client I was convinced that he was telling the truth. I was therefore happy to take the case all the way to trial, despite his employer’s insurer’s constant denials of liability.”

ASD funded the court proceedings throughout and I was delighted that the District Judge found in our client’s favour and awarded him a significant sum.

It is important that we make it clear to both employers and insurers alike that we will not be deterred by unsubstantiated denials and that we are prepared to fight to the end for our clients.

*image is for illustrative purposes only