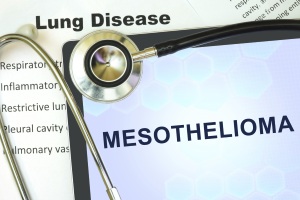 Speaking during a parliamentary debate, Work and Pensions Minister Mark Harper told MPs that the cost of the scheme had been lower than expected. Due to this, and because the “Employers’ Liability Tracing Office has been doing an increasingly good job of tracing insurance”, the Government thought it was “right” to increase the payments under the scheme.

This is good news for people in Sheffield and the surrounding area as the industrial history of this area means it is a blackspot for mesothelioma cases.

At ASD we are delighted with the Government’s decision. Mesothelioma has no cure and we have seen first-hand how a diagnosis can devastate a family. Mesothelioma is rarely caused by anything other than exposure to asbestos which is why anyone suffering from the disease has a strong case for compensation.

What we hope for now is that the Government will look to backdate payments to people who have made a compensation claim since the Scheme was set up in July 2012, currently the government has refused to do this.

You can read the full statement on the Parliament website.