All You Need To Know About Asbestos

Over the last forty years the awareness surrounding the dangers of asbestos has increased rapidly. This has undoubtedly come about because the medical implications of coming into contact with the substance have now been realised, as a result of the numerous deaths through asbestos related diseases.

Despite the heightened awareness, and the fact that asbestos has come under much tighter control, it is still the leading cause of death from occupational cancer in the UK.

The shocking facts regarding asbestos and work related deaths

▪   It is the number one cause of death from work-related cancer.

▪    Deaths are set to peak in 2016, when the full extent of past exposure is realised.

The tragic reality surrounding asbestos related diseases is that many of the symptoms don’t present themselves until many years after initial exposure to the substance. This means, that once an asbestos related disease (such as mesothelioma) is diagnosed, it is usually in the late stages when there is little that can be done to treat it.

Unfortunately, the recent crackdown on asbestos exposure is a little like shutting the doors after the horse has bolted, as workers are currently suffering from past exposure to unregulated asbestos. As yet, the full extent of the affected workers hasn’t been fully realised, and in the UK, asbestos related deaths aren’t set to peak until 2016, decades after the substance was used regularly in the work place environment.

Is asbestos still used in the workplace?

As a result of the devastating health issues regarding asbestos, the UK has now set strict guidelines as to how workers are exposed to asbestos.

Frighteningly, despite the shocking evidence, other countries aren’t taking heed of these guidelines, and workers are still being exposed to asbestos with no safety measures being put in place. These countries include: 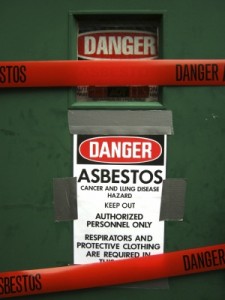 Why is asbestos still being used?

Despite the cold hard facts of how exposure to asbestos leads to serious diseases it is still used in all kinds of industries, and for a variety of applications including construction, brake pads, gaskets and cloth.

This is because, by nature, asbestos is a cheap and effective building material, which tempts a lot of countries to continue using it despite health warnings and the danger that they are inevitably subjecting on their workers.

Why are company bosses choosing to ignore the health risks?

As the symptoms of asbestos related diseases don’t present themselves for many years, health issues aren’t an immediate concern for many companies, and sadly, the threat of future illness is overshadowed by the lure of cutting costs. To put this into perspective, in the UK, asbestos exposure peaked in 1963, and yet mortality rates won’t peak until 2016.

This is a particular worry for workers in China, where an estimated 15,000 asbestos related deaths are projected to occur by 2035. Unlike the UK statistics, where the dangers of asbestos were unknown back in the 1960s, company bosses in China are well aware of the risks that they are putting their workers under. Frighteningly, this catastrophic amount of deaths will needlessly occur simply because factories are failing to put known safety measures into place for their workers.

What is an asbestos related disease? 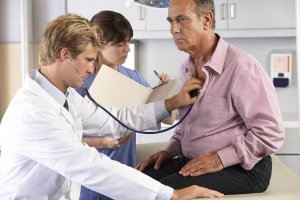 Mesothelioma is a type of cancer with an especially poor prognosis, but one which can stay hidden for decades without any visible or obvious symptoms. Unfortunately, this means that by the time the symptoms are recognised, the disease is well established and it is therefore too late to treat.

Lung cancer, asbestosis and laryngeal cancer are also linked to asbestos, and as with mesothelioma, the risk increases in direct relation to the amount of exposure that the individual has to the substance.

Has a link between asbestos and mesothelioma been proved?

In a recent paper on asbestos form Dr Philip Barber, Consultant Respiratory Physician, it is highlighted that it is extremely rare for an individual to contract mesothelioma without first coming into contact with asbestos, whether that is directly, or through clothing or equipment that has been in contact with the substance. Barber further verified his point in this quote:

“…the attribution of mesothelioma to occupation, with even very modest exposures, is not usually difficult in a medico-legal setting because of the relative rarity still (in comparison with lung cancer for example) of mesothelioma, and its unique association with asbestos.”

Dr Barber concedes that mesothelioma can “undoubtedly be caused by environmental exposures” such as the Washington chemical factory in the North East of England, which contaminated large parts of the surrounding area.

Can any other attributes heighten the risk of developing mesothelioma?

A study carried out by Dutch pulmonologists Dr. Paul Baas and Dr. JA Burgers of AVL/NKI Cancer Center in Amsterdam indicated that the risk of contracting mesothelioma was increased further if an individual smoked, even after short-term asbestos exposure.

It’s important to note that smoking alone is not linked to mesothelioma, but if a smoker is exposed to asbestos, the risk of contracting the disease can be as much as doubled.

Does exposure to asbestos pose a risk to those not directly working with the substance?

As part of the Dutch study, it was concluded that the occasional exposure to asbestos poses hardly any risk to the general population, i.e. those not working in construction. However, the report also stated that asbestos exposure is a serious health risk and emphasised that rules and regulations for the removal of asbestos materials were vital, not just in an industrial or commercial setting, but also for homeowners undertaking their own renovation projects 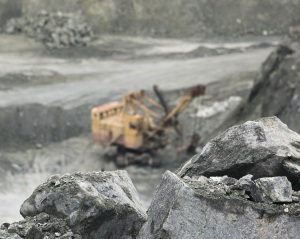 Is it possible for workers suffering from mesothelioma to make a claim against their workplace?

If a person can show that they have been negligently exposed to asbestos in their earlier working life, during their school years, or as a result of secondary exposure, for example from their parent’s work clothing and they later develop mesothelioma; it is worth contacting a solicitor in order to enquire about pursuing a claim.

Although clearly no substitute for someone’s health, a monetary settlement can assist not only the sufferer of mesothelioma but also their family.

Your Complete Guide to Asbestos Claims

Mesothelioma – Facts on this Industrial Disease